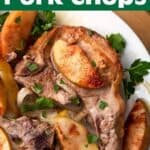 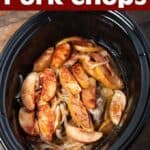 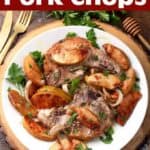 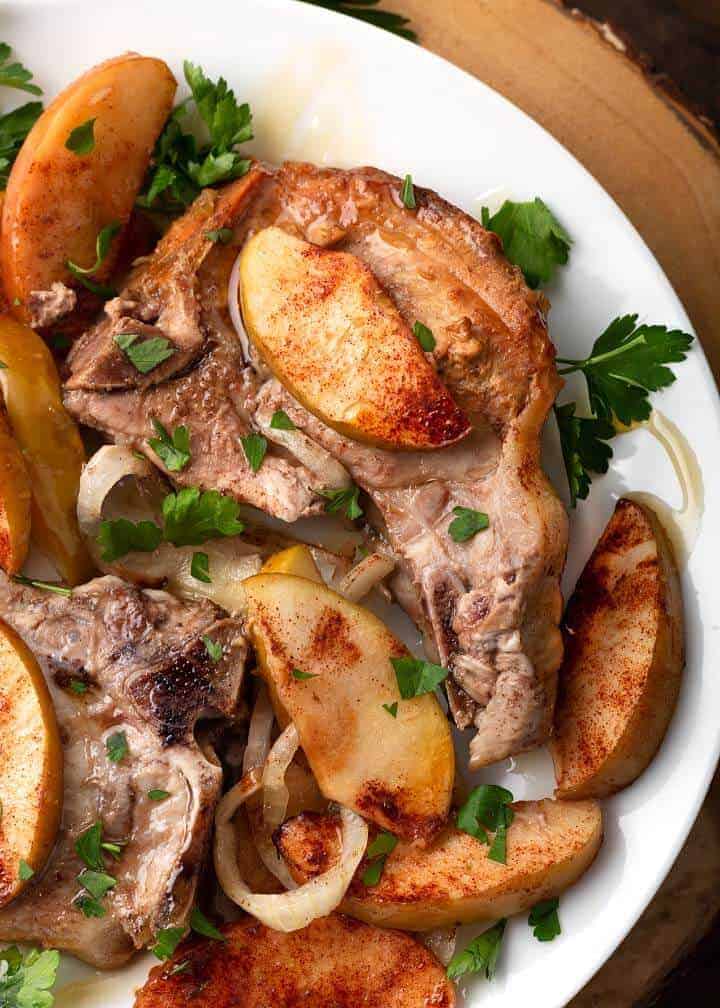 I like to buy a mixed package of loin and rib chops. You can also use boneless or bone-in pork chops.

I wouldn’t get them too thick though, Maybe 1 inch or so. 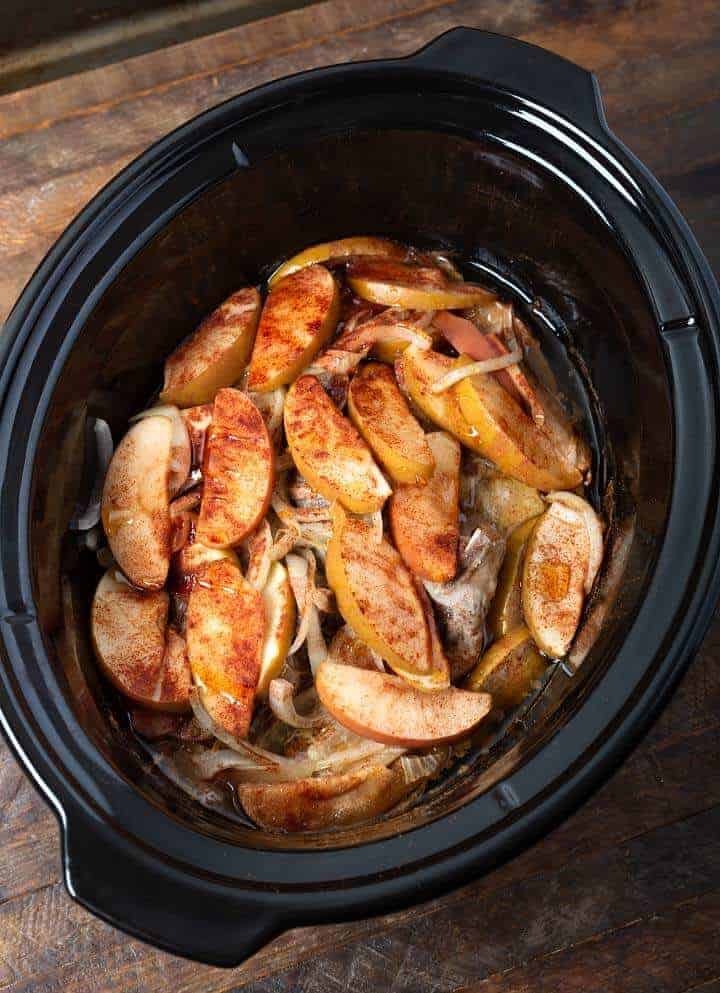 Do the Chops Need to be Browned First?

No they don’t. They come out delicious just by adding them in as is.

This recipe is really easy to make, because there is no pre-cooking involved. Just layer in the ingredients and cook! 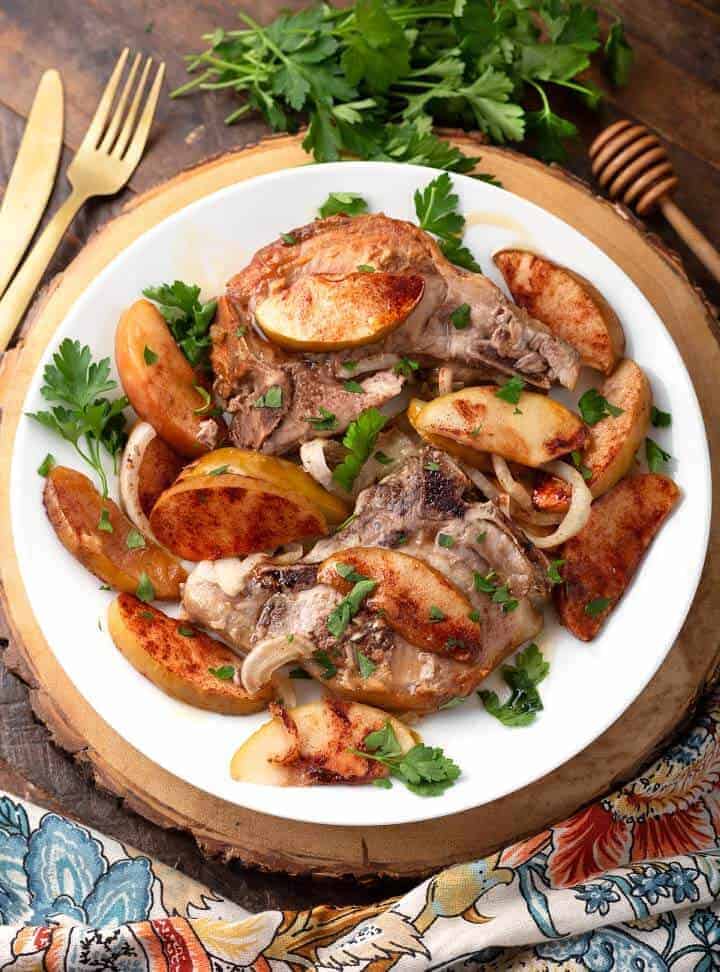 Favorite Apples to Use?

I prefer to use a mix of apples. Some Granny Smith, and some Fuji. That way it’s not too tart.

You can use what you like, and peel them or not, it’s up to you.

Layering is the key to the juiciest and most delicious pork chops.

Here’s how to make them: 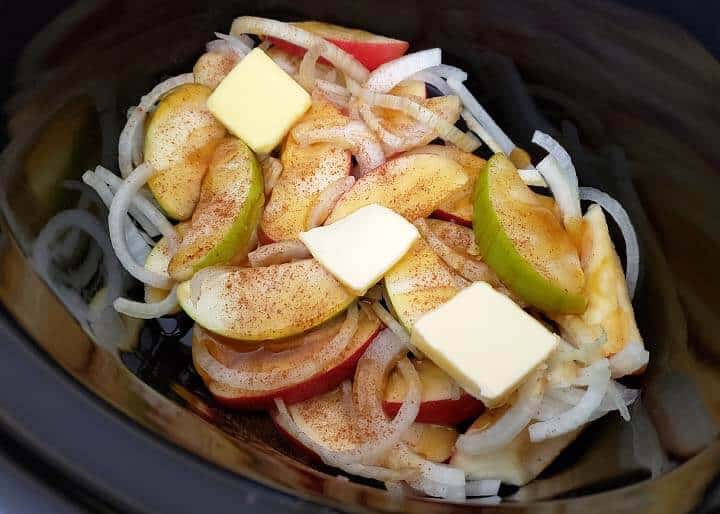 First, layer some of the apples and onion in the bottom of the crock. Add a little butter, some honey, and cinnamon. 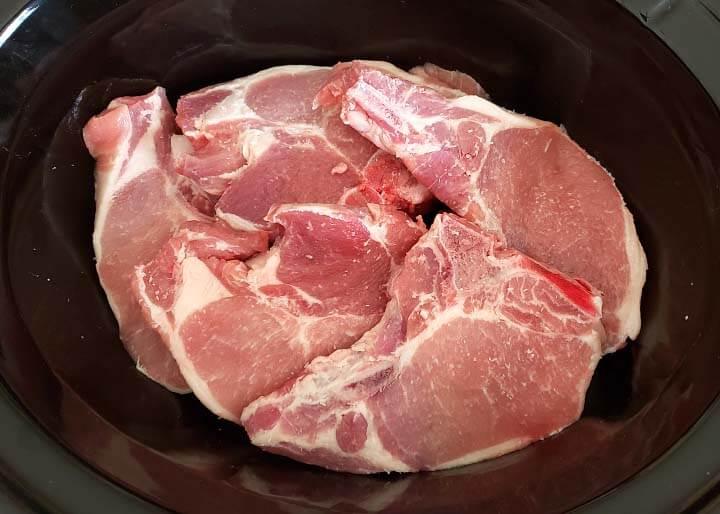 Next, layer the pork chops on top of the apples. Be sure to sprinkle some salt on both sides of the chops. 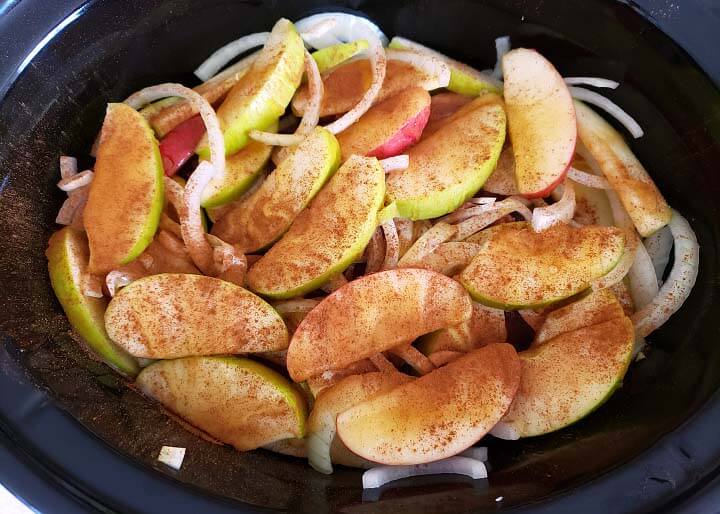 Last, layer the remaining apples, onion, honey, and cinnamon on top of the pork chops. 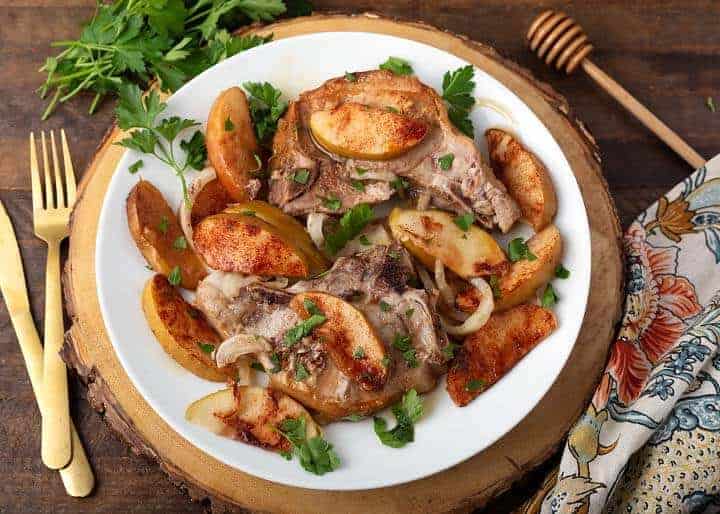 This is such a simple yet delicious meal. The kids will love it! 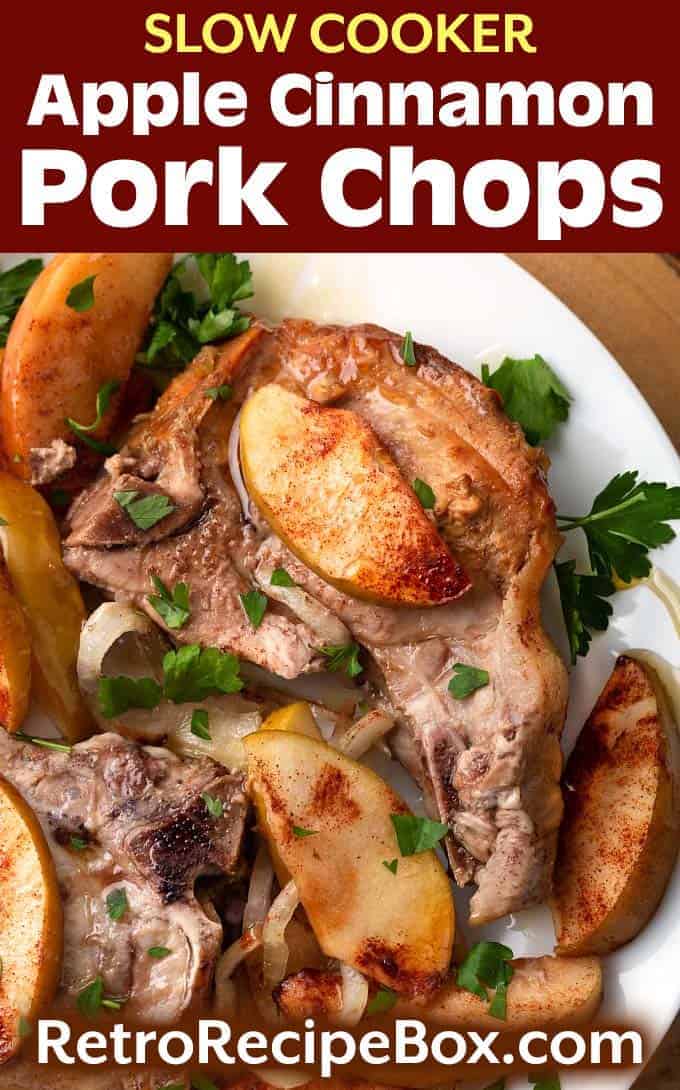 If you make this yummy crock pot pork chops with apples recipe, please leave a comment with a star rating below. I would like to know how you liked it! 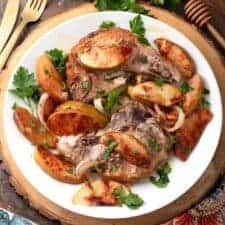 The ingredient amounts are all variable. You can add more or less of any of them to your liking. *Calories will vary based on the sizes of pork chops and apples used.

This post contains Affiliate links. As an Amazon Associate I earn from qualifying purchases.

Did you make this recipe? Let me know! Cancel reply

This site uses Akismet to reduce spam. Learn how your comment data is processed.

Welcome, come on in! 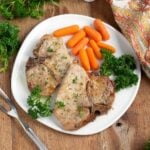 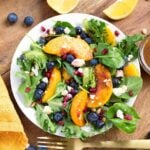 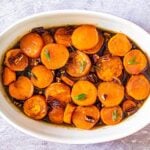 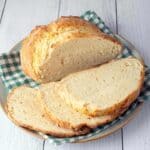